Fully functional dual keyboard piano organ combo.  Cosmetically amazing for an antique piano.  You can see by my quick demo below how I had fun testing it.  After you play it for a few minutes you can’t help but adore it.

The Thomas Organ Company is a manufacturer of electronic keyboards and a one-time holder of the manufacturing rights to the Moog synthesizer. The Company was a force behind early electronic organs for the home.

Founded by Edward G. Thomas as the “Thomas Organ & Piano Co.” in 1875, the company’s first instruments were pipe organs, moving later to pump organs. In the early 1950s, George Thomas invented the Thomas electronic organ with its single manual and ten stops. Thomas reorganized the company in 1956 into the Thomas Organ Company of Sepulveda, California.

Unlike later electronic organs with conventional tab stops, early Thomas electronic organs utilized a dial control for their stops, presumably to add a certain familiarity to its users since the dials worked much like those on a radio or television. This may be evidenced by the introduction of the “Talking Organ” with its “Built-In Teacher,” a phonograph intended for use with instructional recordings.

The 1960s had the Thomas Organ Company at the height of its popularity. The company became the importer of the English-made Vox combo, the electronics of which would turn up in Thomas models. Thomas also took over manufacturing rights of the Moog synthesizer and enjoyed heavy celebrity endorsement from the likes of Lawrence Welk, whose organist Bob Ralston both played a Thomas on “The Lawrence Welk Show” and on tour at organ and piano shops to demonstrate the greatly improved tonal quality of the new models, and Lucille Ball, who featured a Thomas on at least one episode of “The Lucy Show”. Welk had a high-end model named after him in 1968, the aforementioned 61-note “Lawrence Welk”. 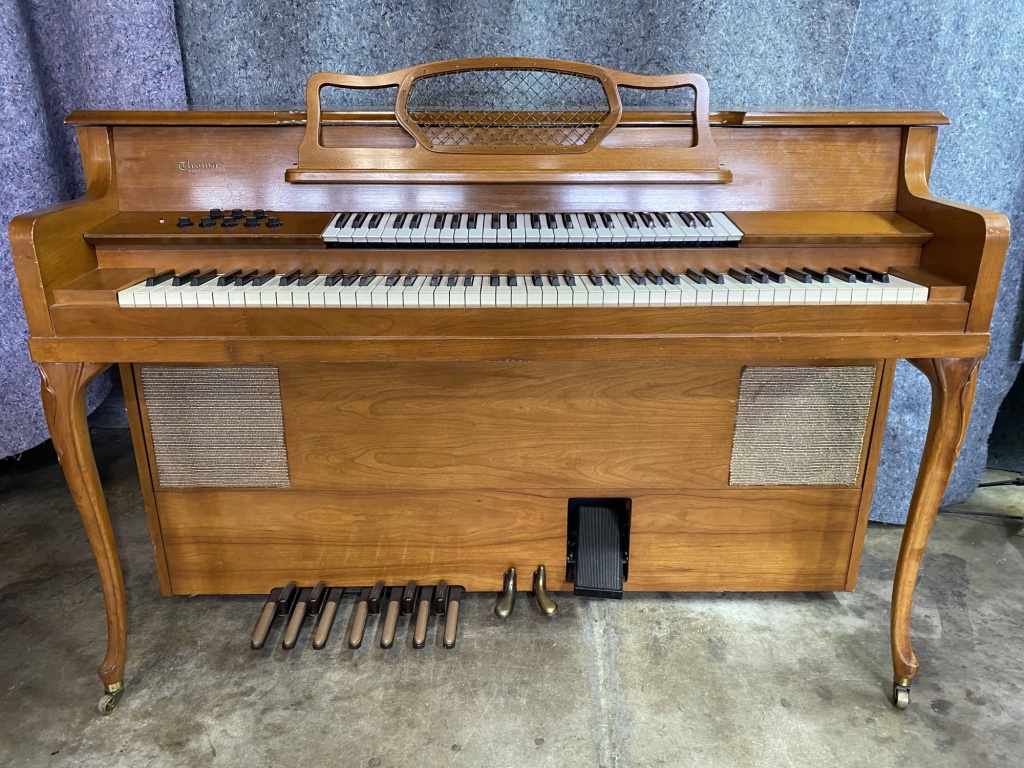 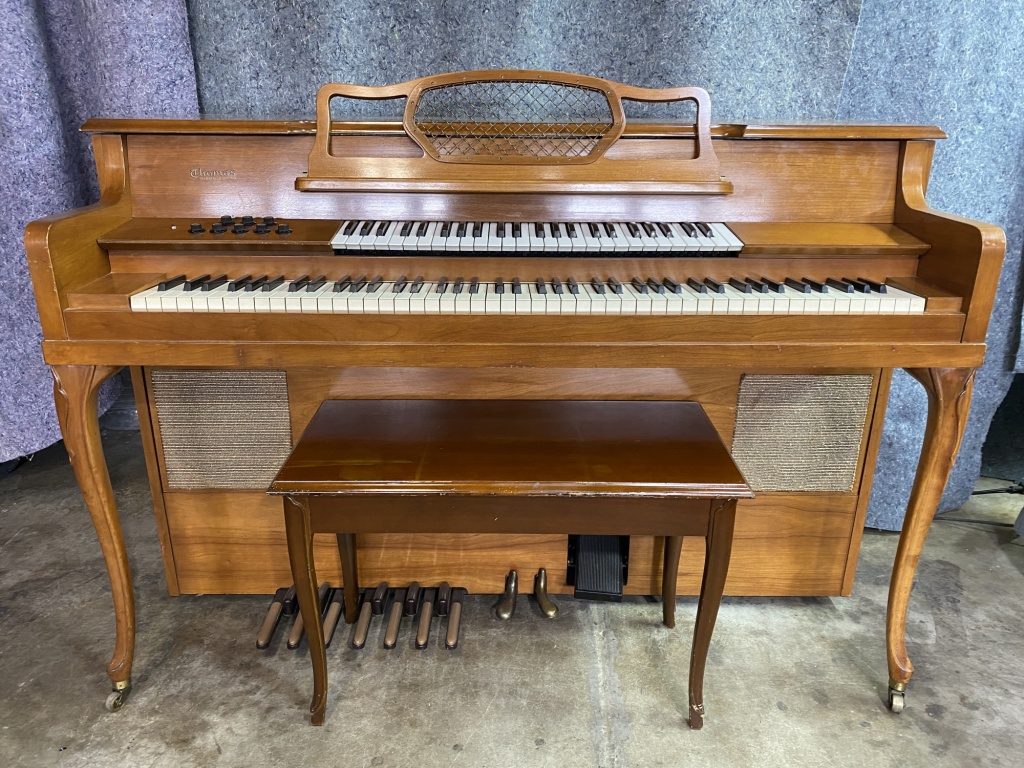 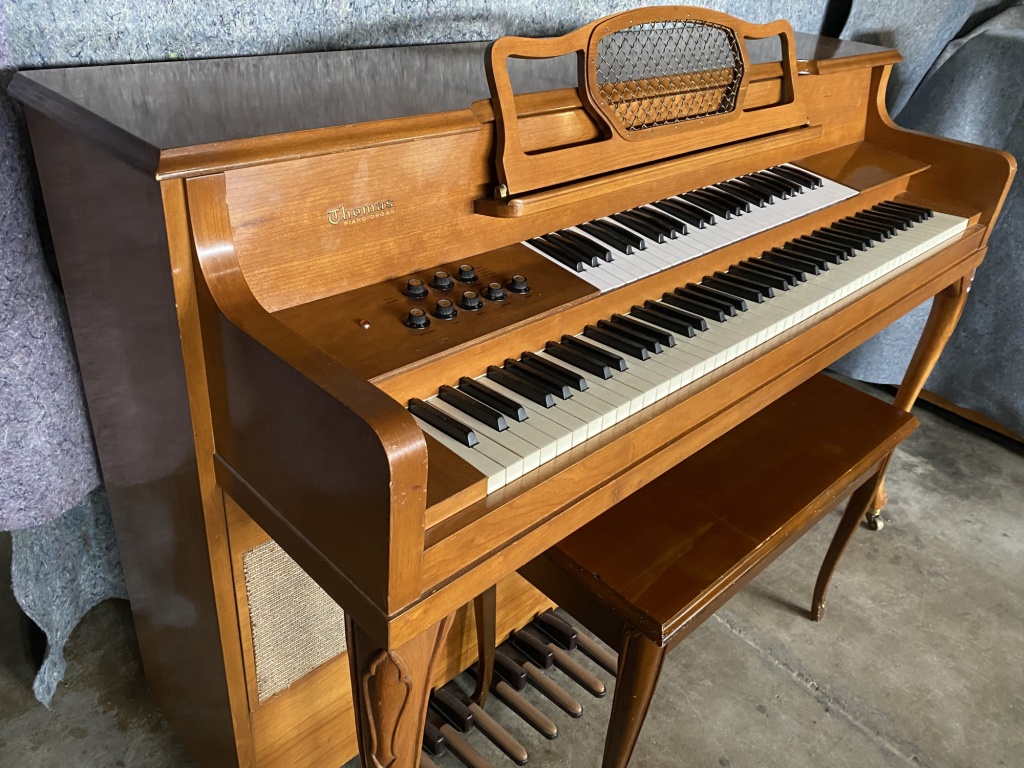 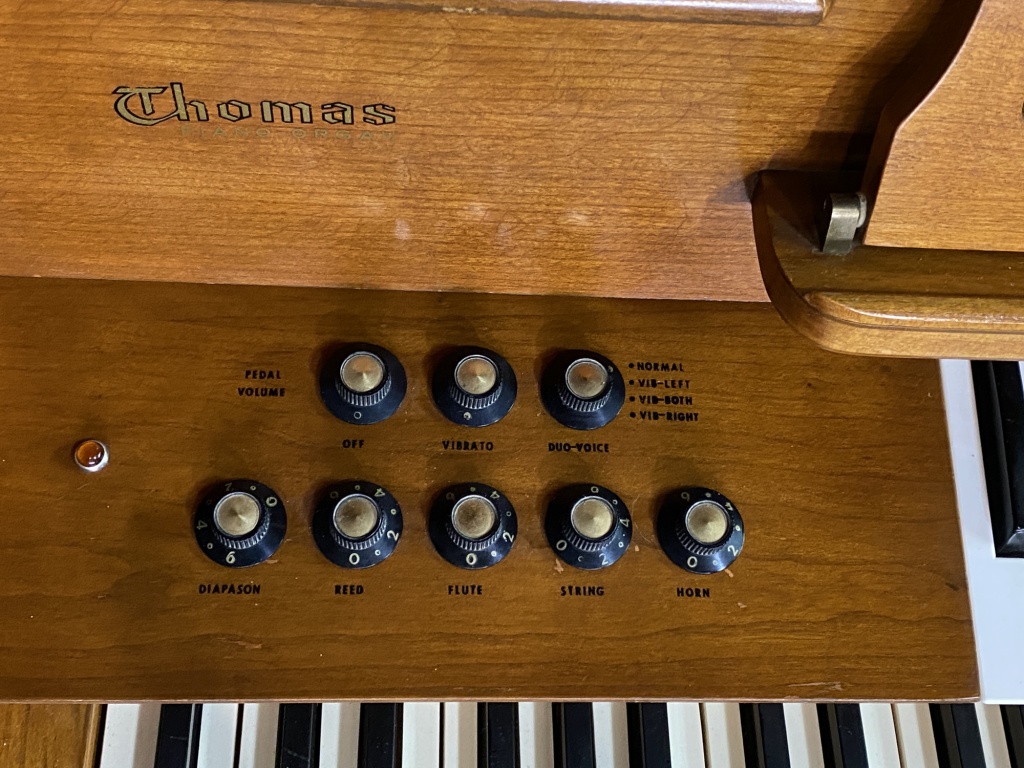 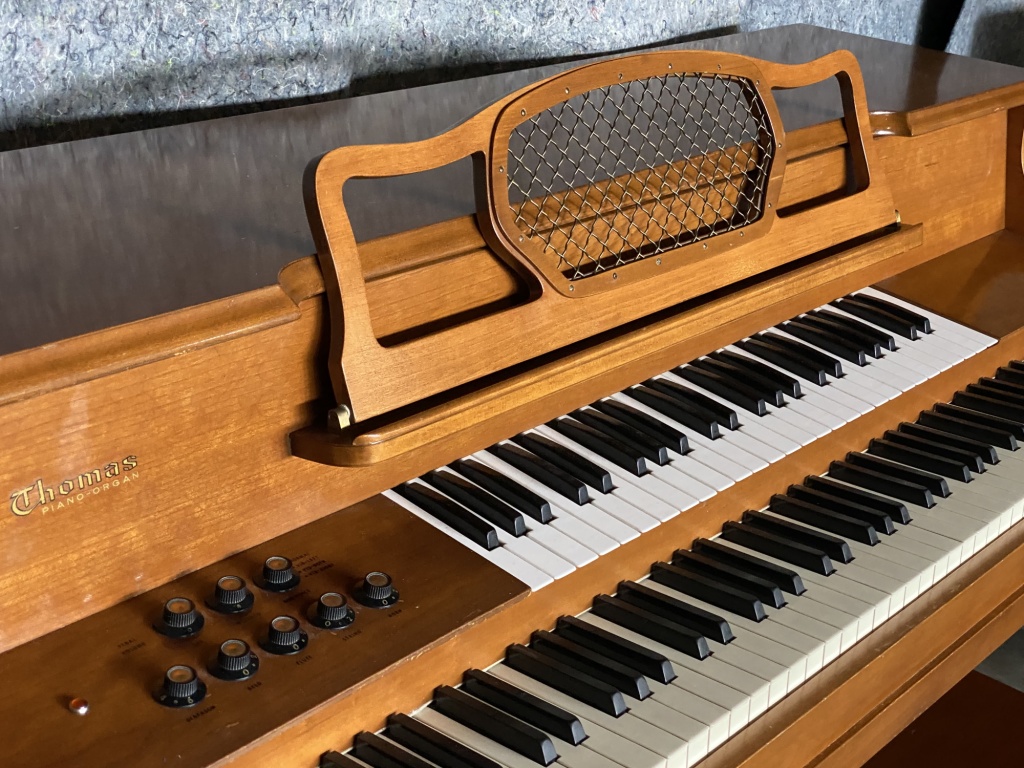 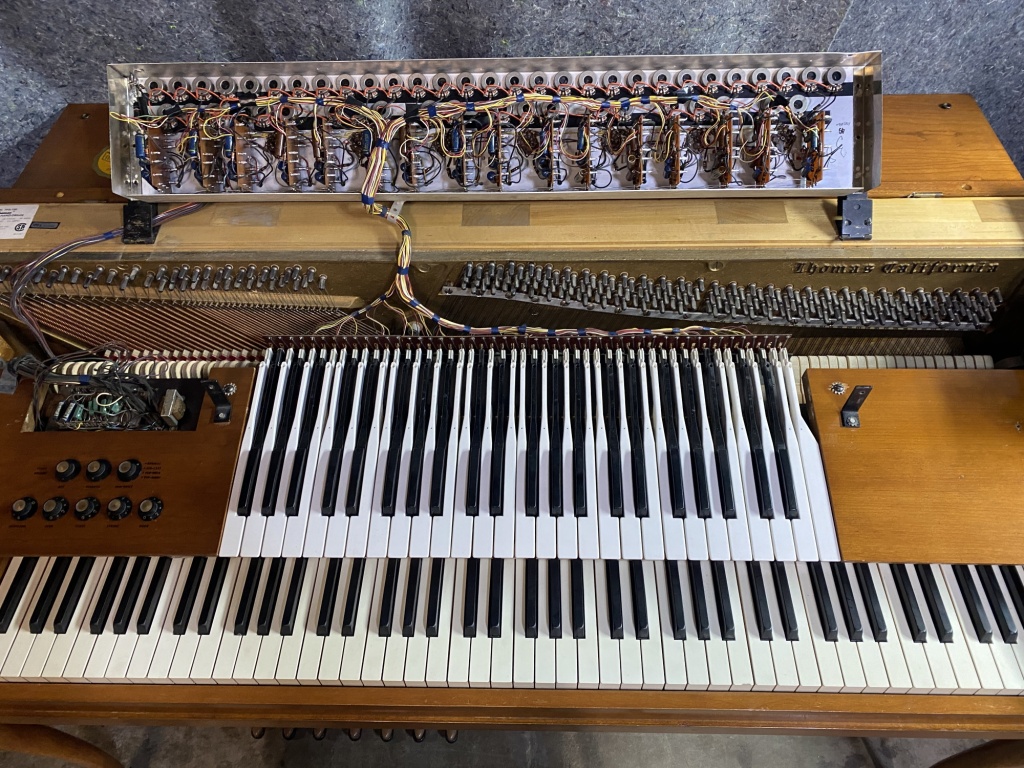 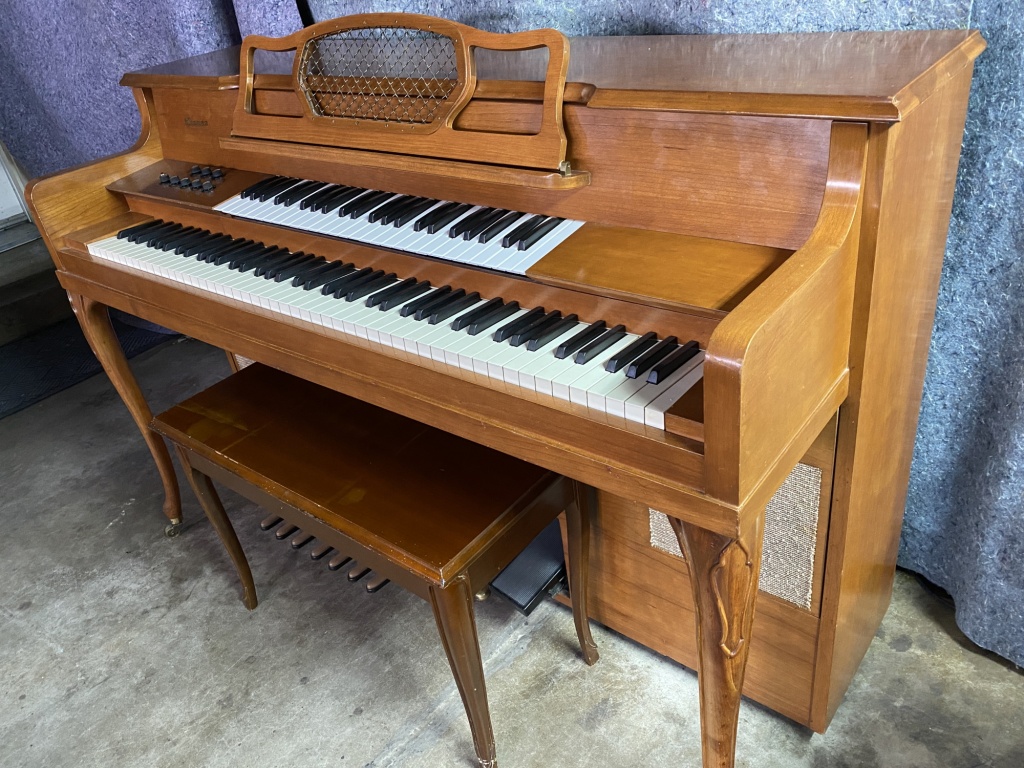