Here’s a great console that’s cosmetically great, and plays the same.  If this fits in your decor, I’d take it, and I’d love it.

​Wurlitzer is an American company, started in Cincinnati in 1853. Initially the company was an import export business, importing stringed, brass and woodwind instruments from Germany into the USA, but eventually they expanded into making pipe organs and player pianos.

Around the 1880s, Wurlitzer began making entry level acoustic pianos, including spinet and console pianos. However, they did also make studio upright and grand pianos, but these are quite rare. I’ve certainly never seen one. The most common examples of Wurlitzer acoustic pianos are from the 1960s. During the 1970s they also expanded into making electric pianos and jukeboxes. Eventually the Wurlitzer company was acquired by Baldwin, who still own it today. Baldwin ceased making pianos under the Wurlitzer name in 2009, and nowadays the company makes replacement parts for historical products, and is also a prominent manufacturer of vending machines. 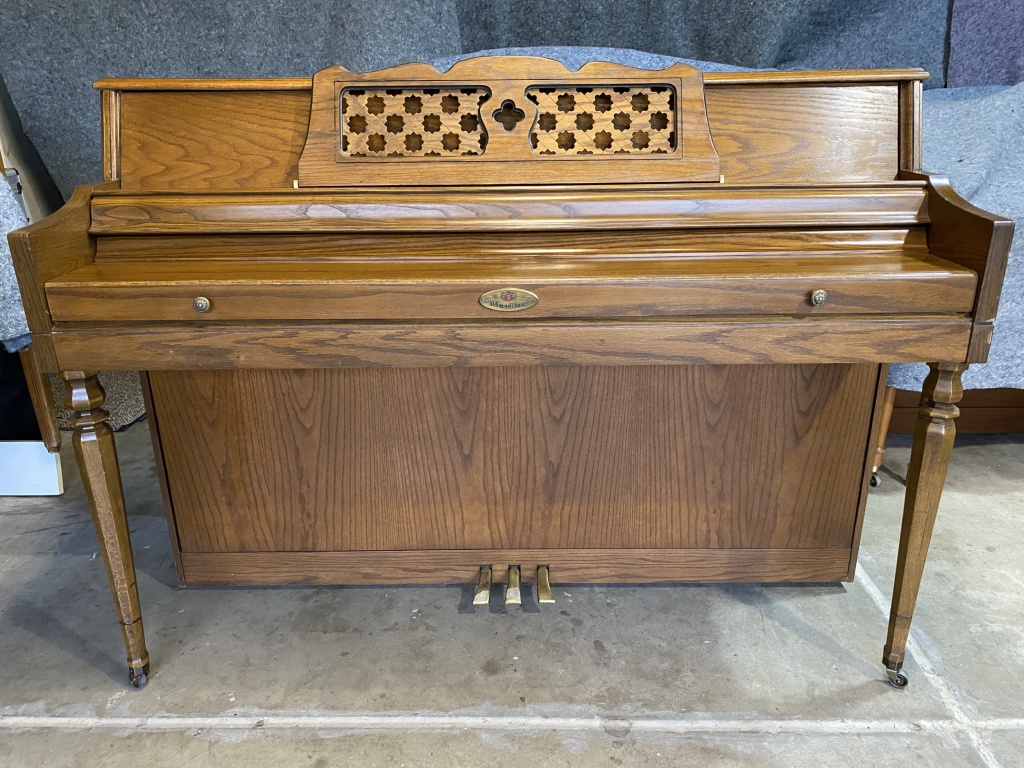 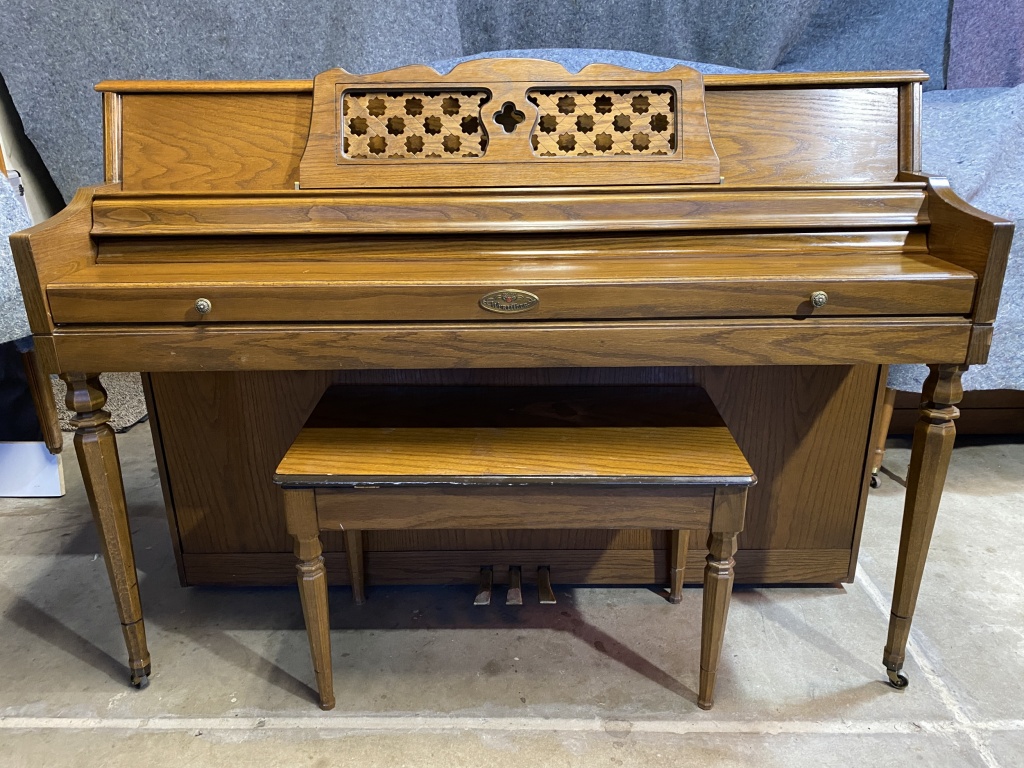 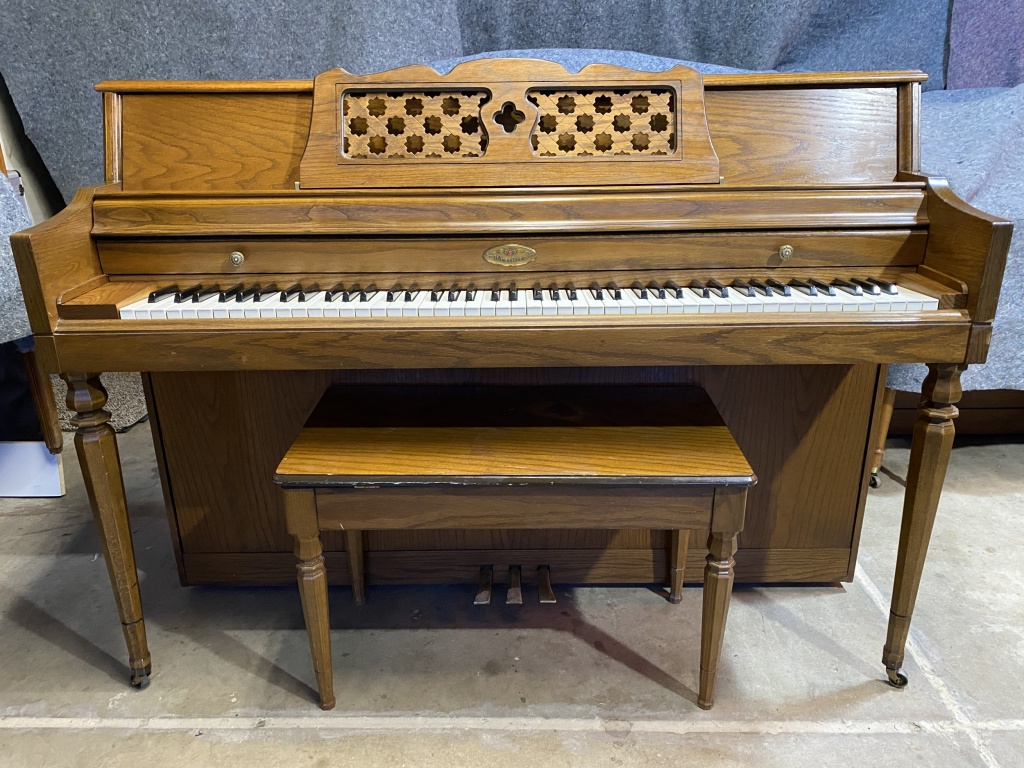 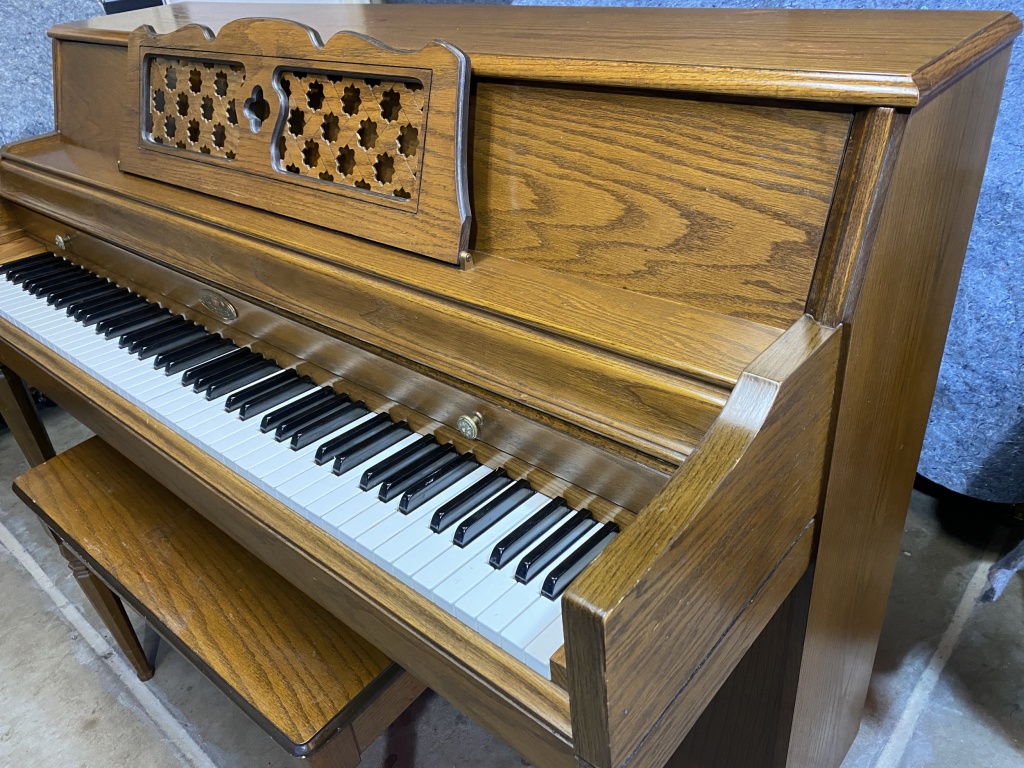 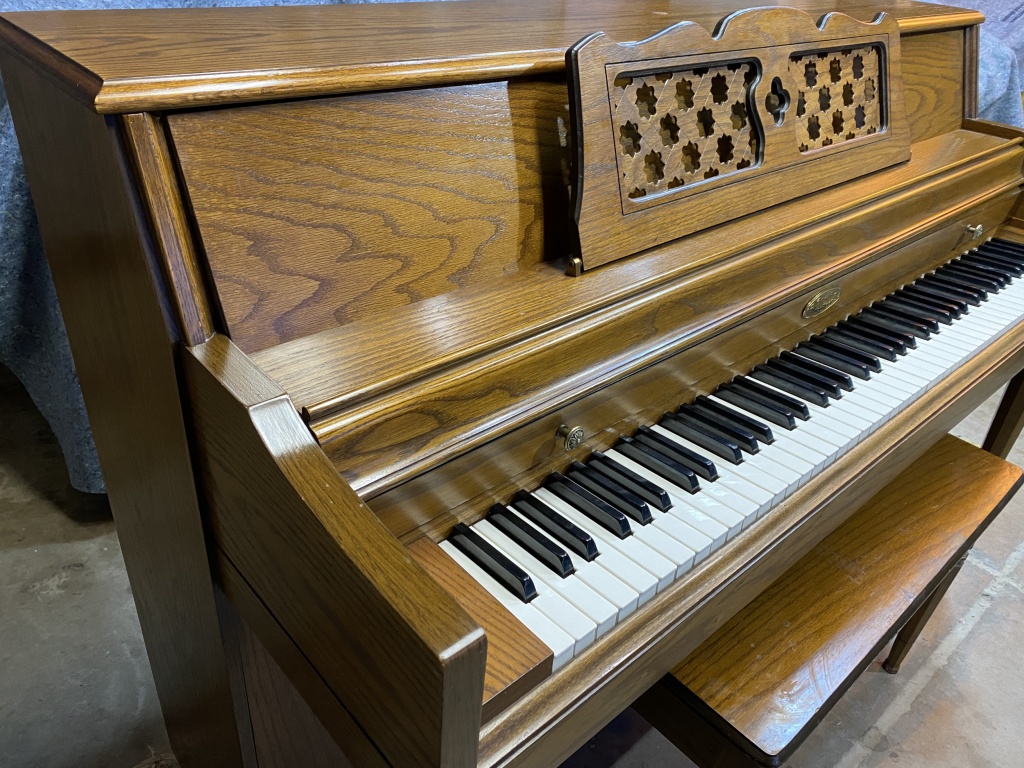