Here’s a terrific spinet from Kimball.  We love Kimballs. You will too.

As a subsidiary of Kimball pianos, based in Chicago, Illinois, the Whitney piano was produced by Kimball from 1890 to 1955. Whitney was marketed as a more affordable piano to some of the more expensive Kimball pianos.

The Whitney pianos that Kimball produced were primarily upright and spinet style pianos. Still found today in relatively good, working condition, many Whitney pianos were known for their average tone and quality. Making them perfect for in-home or school use, the Whitney piano was a very successful piano for Kimball Pianos. 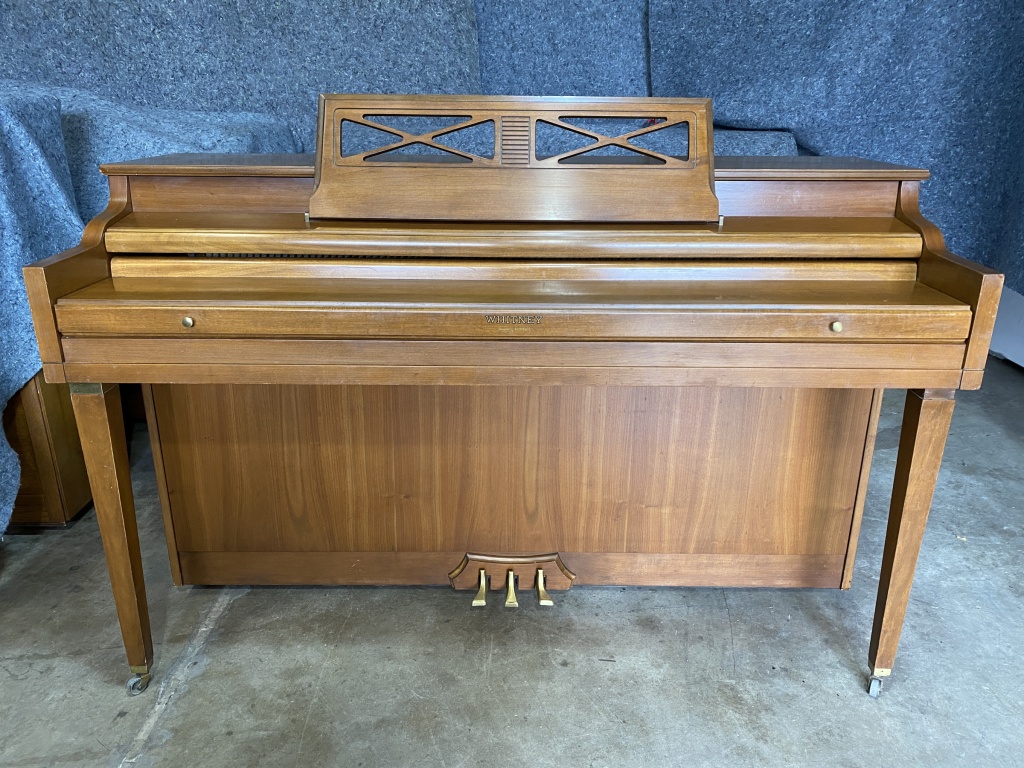 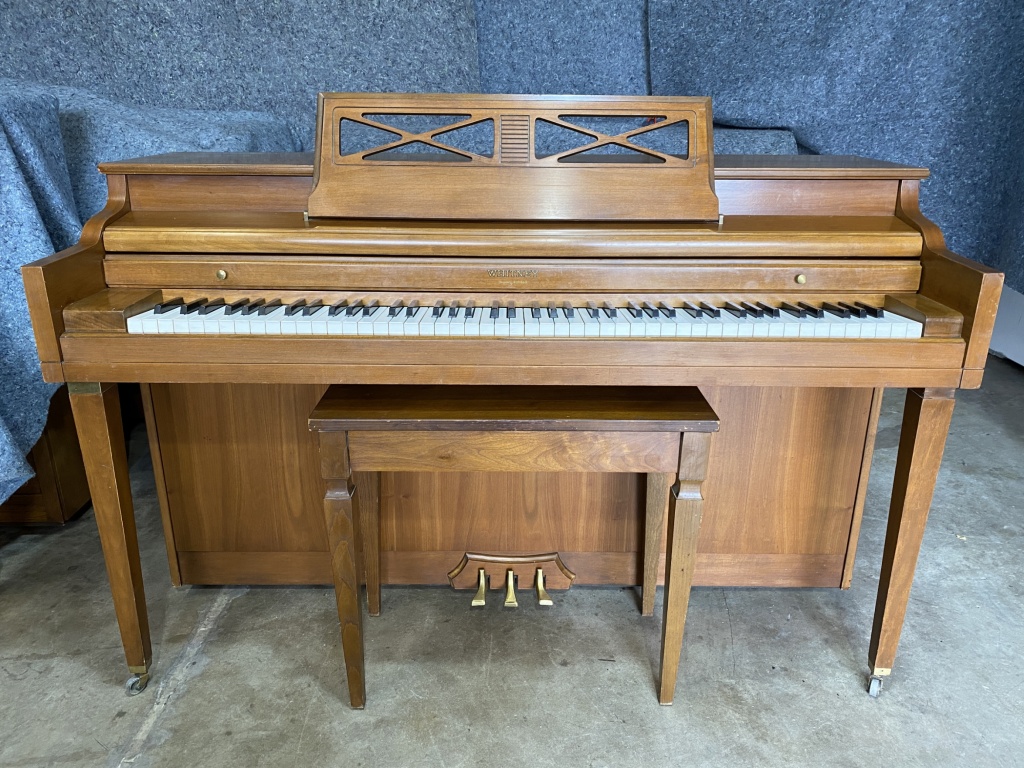 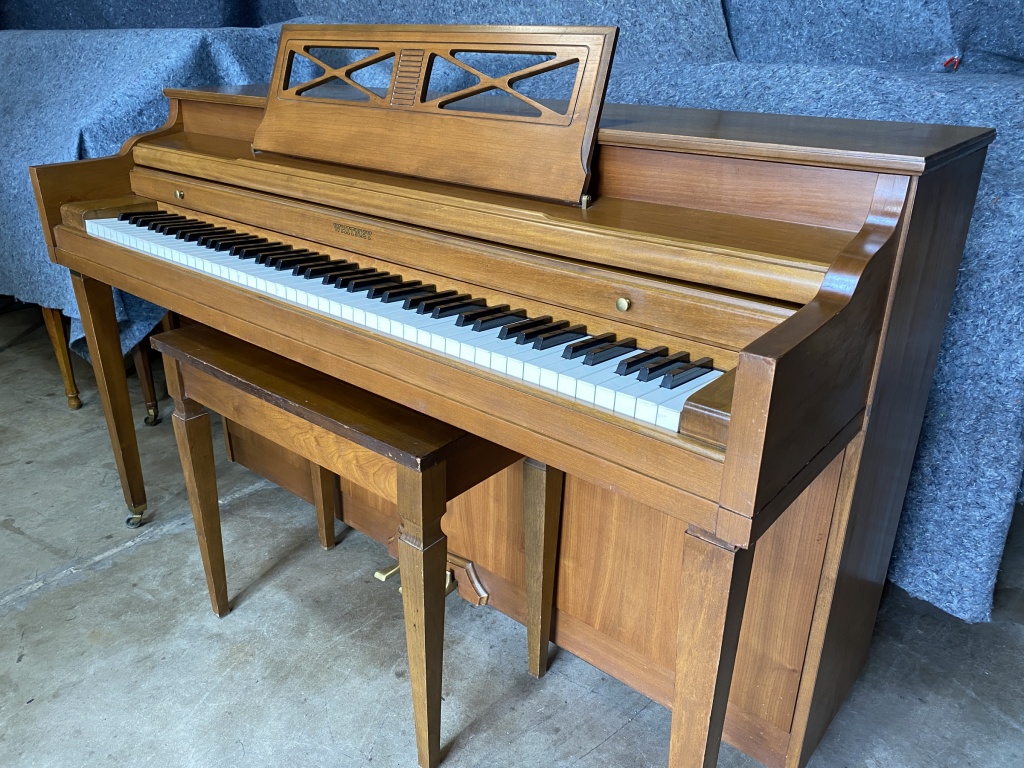 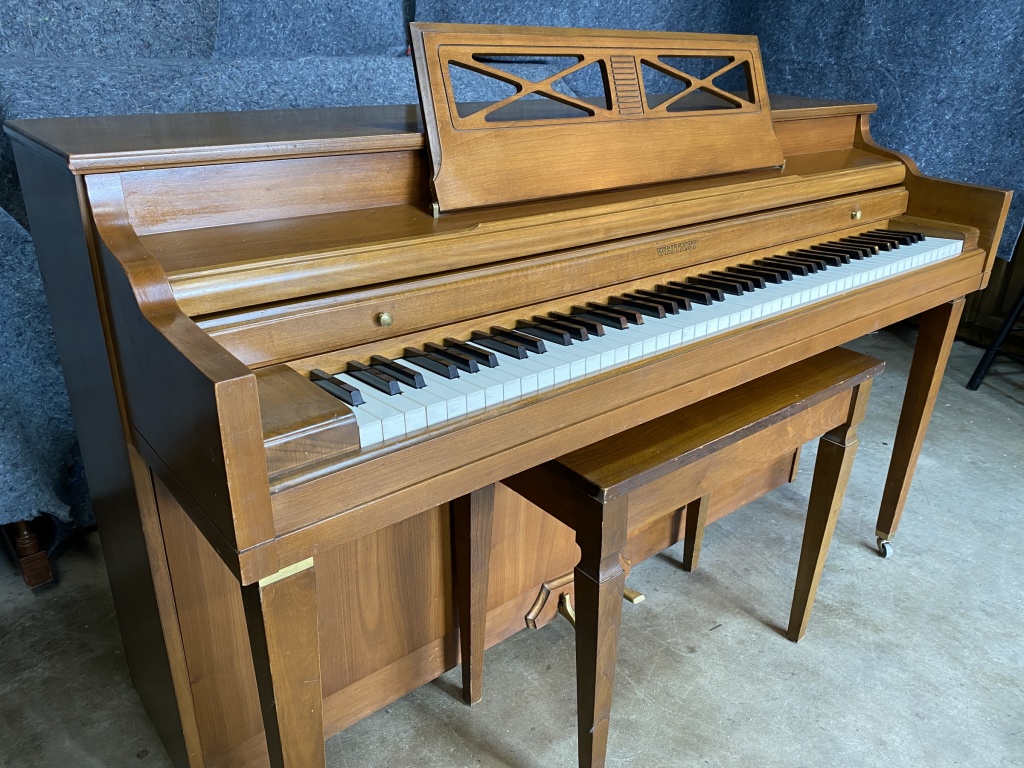