We rescue and flip many Kimball consoles, because we love’m.  But here’s a very special console for several reasons; it’s cosmetically almost like new.  It has a comfortable and fancy, padded bench. It’s a special edition Kimball console BUT it has a built in $200 humidity control system to help in the stability of the tuning.

Perhaps the most famous and most successful of all piano manufacturers in history was the W.W. Kimball Piano Company of Chicago. William Wallace Kimball founded what was to become one of the largest piano companies in the world in 1857. W.W. Kimball was an amazing entrepreneur and sales genius, and was able to promote his pianos on a nationwide basis that was very much ahead of its time.  Prior to 1888, most pianos sold by Kimball were actually built by other manufacturers such as Hallet & Davis, Emerson, Chickering & Sons, and J. P. Hale.
Kimball began manufacturing their own pianos in 1888 and the firm grew very quickly.  Kimball’s manufacturing plant was one of the largest in the industry, and by the turn-of-the-century, Kimball was manufacturing around 20,000 pianos annually!  In addition to their own Kimball brand, the firm produced a number of other brand names including Hinze, Dunbar, Whitney and Harrison.
In 1959, Kimball was sold to The Jasper-American Corporation under the name of Kimball International. The Jasper-American Corporation controlled several brand names including Kimball, W.W. Kimball, Jasper-American, Becker, Conn, DeVoe & Son, Harrison, Hinze, Krakauer, La Petite, Schuerman, Whitmore, Whitney and Whittaker.  The World Famous Bosendorfer Piano Company of Vienna became a part of Kimball International in 1966.  The Kimball piano name was discontinued in 1996. 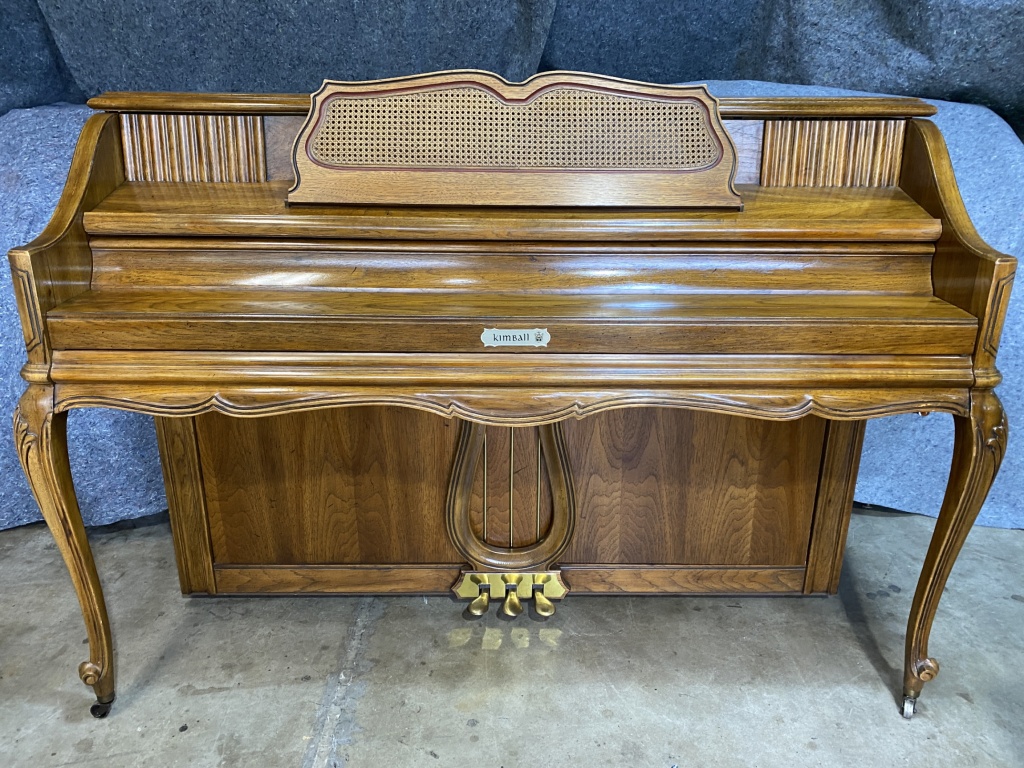 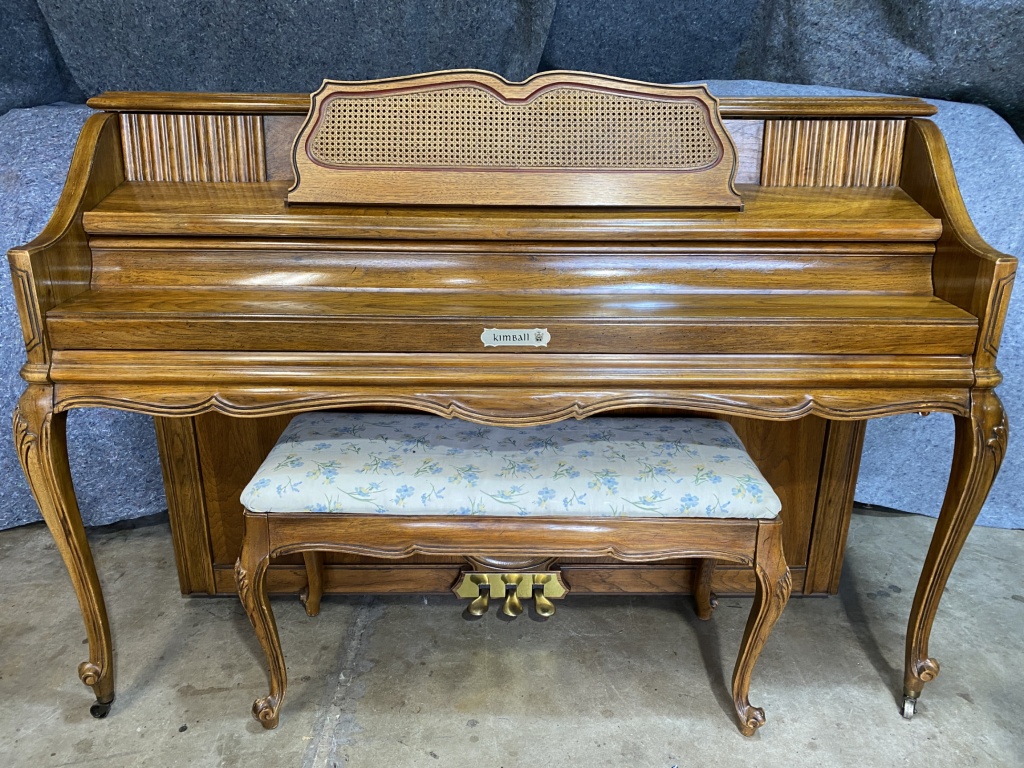 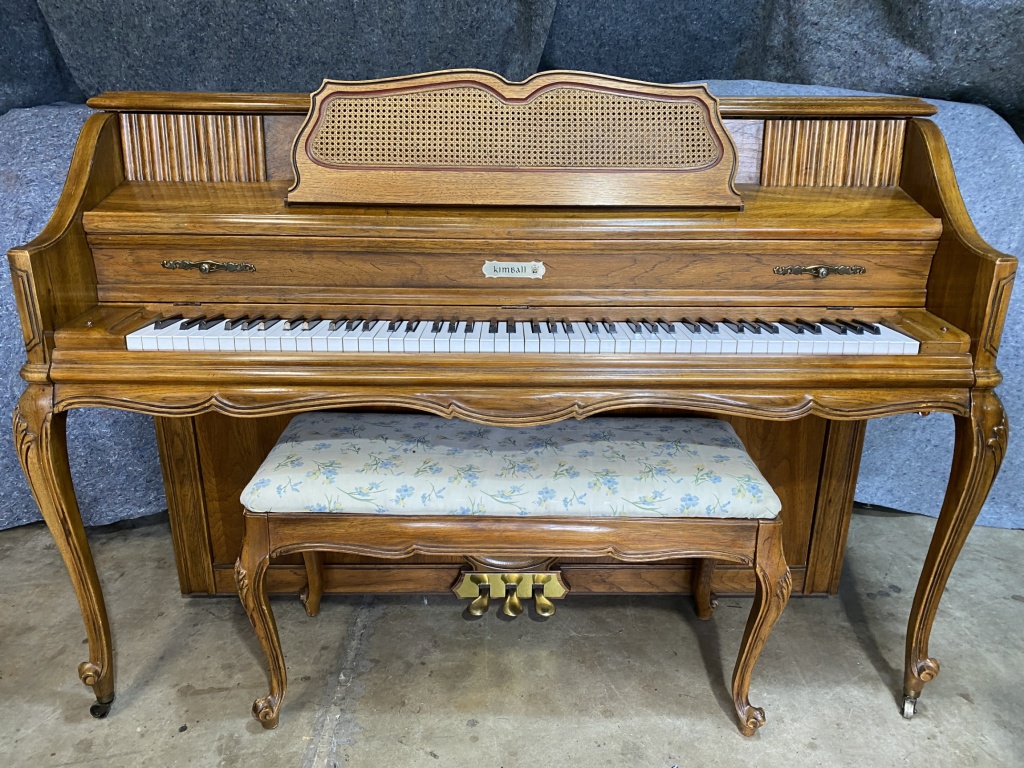 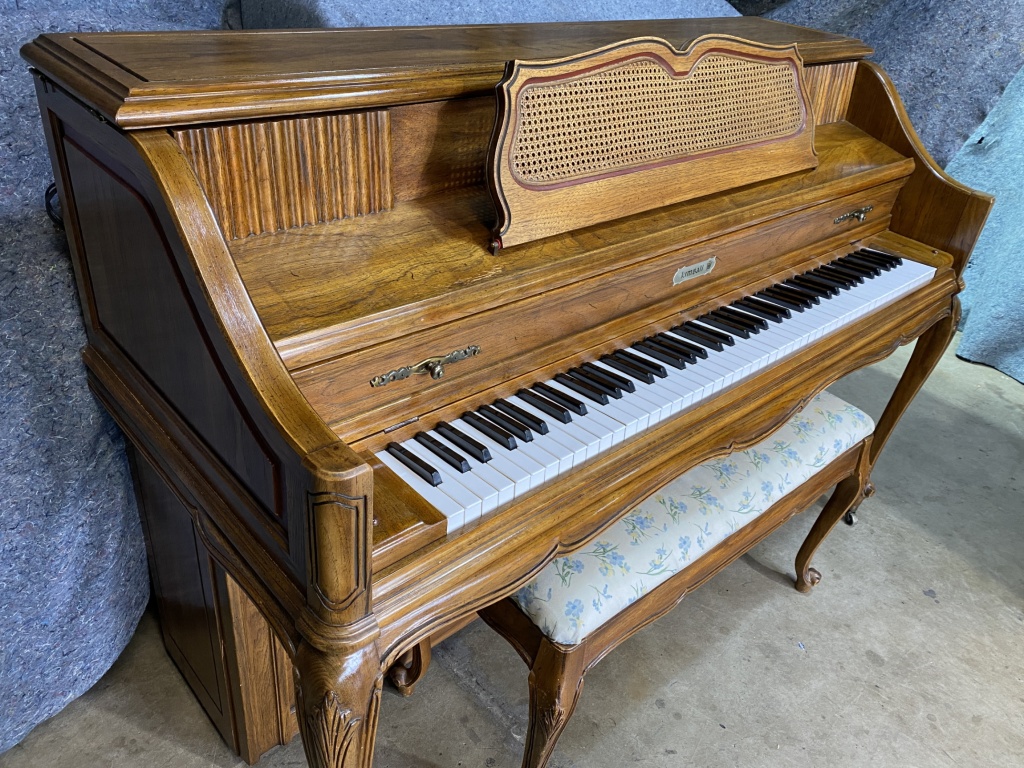 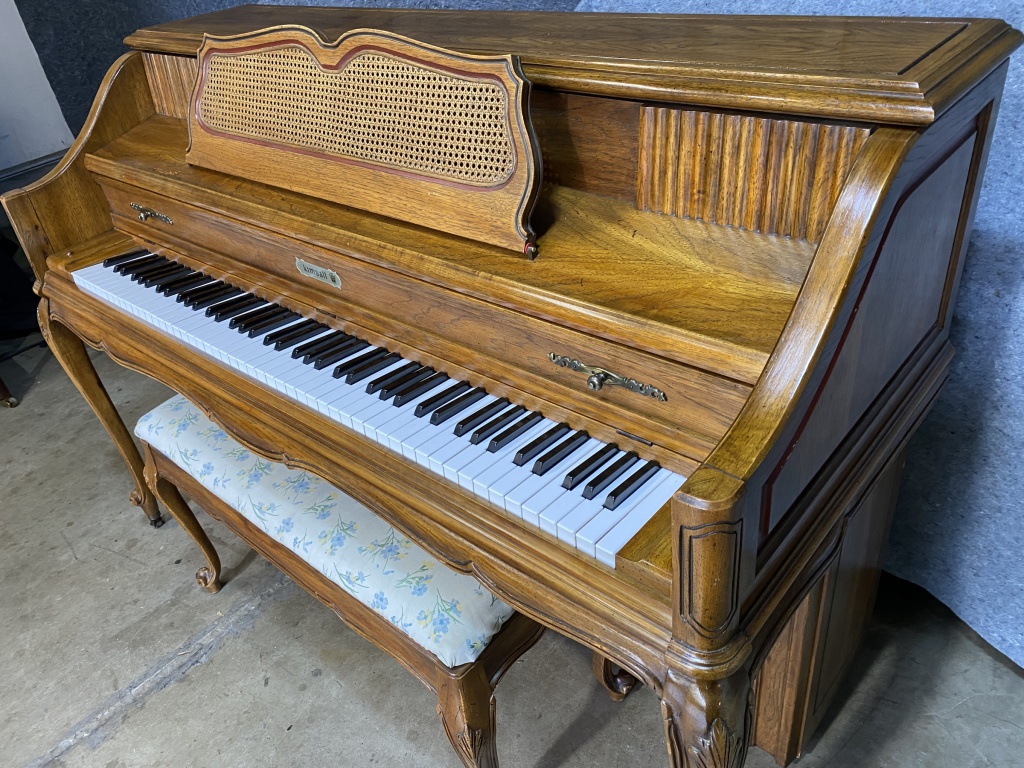